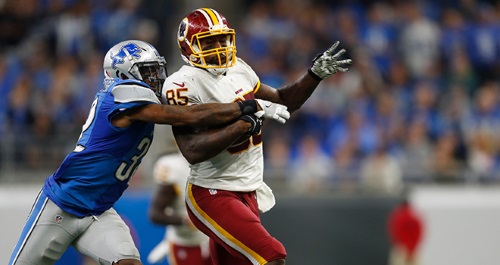 Every week we take a look at the players to add in fantasy football that will make an impact on your lineup. Fantasy football is always full of surprises, with injuries, suspensions, and horrible play; you have to look to the waiver wire to boost your team.  I have compiled a list of key players to give consideration to in the upcoming week per position.

This season has seen the Quarterback position have some up and down numbers, if you do not fully trust your signal-caller for the upcoming week here are some guys to give a look on the waiver wire and possibly start on your team.

Alex Smith, Chiefs (30% owned) – The Chiefs have been much improved since the bye week, rattling off two straight wins. Smith has been a big reason why they are successful, if you are in need at QB, Smith is a solid add going forward.

Ryan Tannehill, Dolphins (8.5% owned) – Say what you want, but the Dolphins have been productive the last few games. With Ajayi running the way that he is, it is going to put less pressure on Tannehill and he will be able to get the ball to his playmaking receivers. This is a good add going forward. He is a grab and stash since Miami is on bye.

Running backs have great value in fantasy and if you can find a guy that is going to get consistent carries then you should do well at this position. Here are my picks for waiver wire pick-ups this week.

Jacquizz Rodgers, Buccaneers (41.3% owned) – Rodgers seems to be the feature back in Tampa Bay in the absence of Sims and Martin. Rodgers has put up two solid games since coming in for Sims. If this guy is available pick him up.

James White, Patriots  (34.5% owned) – With Brady back, we have seen  White becoming a viable option out of the backfield, he is dangerous through the air and on the ground and can steal points away from Blount. White caught two touchdowns last week and could produce more as the season goes on. In deep leagues he might be someone worth giving a shot.

We have seen some smaller name players taking the lead at this position this season which provides a lot of hope for people needed a solid performer to add to their team.

Brian Quick, Rams (3.6% owned) – Quick has been relatively quiet this season, posting one game with multiple touchdowns against the Cardinals. Quick seems to be a steady target for Keenum in this Rams offense so look for Quick to bring you anywhere from 5-10 points a week if you are in need of consistency with a opportunity at a huge upside.

Davante Adams, Packers (8.1% owned) – I had Adams last year in fantasy with high hopes of him becoming a favorite target of Rodgers in the passing game. He put up similar numbers to this year so far, some big games, and some quiet games. Adams is an intriguing add since Rodgers is seeming to find him more and more as of late. Adams is worth a look if you are struggling at WR.

A position that can win or lose a matchup for you, and one of the most inconsistent positions in fantasy football if your last name is not Gronkowski. Here are my picks for the waiver wire this week.

Jack Doyle, Colts (16% owned) – Doyle has had back to back weeks with a touchdown reception. The synergy is starting to build between Doyle and Luck in the Colts offense. He could be a solid add going forward if you are looking for a guy that has huge upside in a pass heavy offense.

Vernon Davis, Redskins (9.7% owned) – One of the most athletic TE’s in the league, Davis is grabbing solid numbers as of late in the absence of Reed in Washington. If you are looking for help here at tight end, sweep him up.

Unless you have one of the top defenses in the league, this position offers a very inconsistent amount of points week by week, but if you are really looking for a change here I have a couple of options for you. I kept my defenses the same this week as they are both solid adds for the upcoming weeks.

Dallas Cowboys (5% owned) – the Cowboys have been semi-impressive to start this season, but they will continue to get better as players come back from suspensions and they continue to grow in confidence. Keep tabs on this defense to possibly be a must start in the weeks to come.

Philadelphia Eagles (47% owned) – The Eagles have been great on defense this year. Forcing turnovers and holding teams to just 10 points a game. A hard sell this week as they face the dominant Cowboys, but this defense has shown up in big games so far this season.

Kickers can also make or break your team, finding a kicker on a good team is key to scoring s solid 10 points a game.

Matt Bryant, Falcons (37% owned) – Bryant is the kicker for the best offense in the league, if he is not owned you better pick him up. He will score points every game because of the position his offense will put in him consistently.

Caleb Sturgis, Eagles (8% owned) – Sturgis is a part of a good Eagles team that has put some points up in recent weeks. Look for Sturgis to help his team score points and get you some help as well if you add him.

Let me know of any players you have added that have been successful for you this season or past seasons. Who has been your fantasy player of the year so far? I would love to hear your feedback!