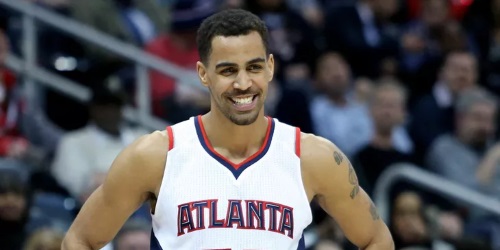 Thabo Sefolosha, Guard/Forward for the Atlanta Hawks, is heading back to court – but not the basketball court. Sefolosha is suing the City of New York as well as eight different police officers for $50 Million in damages, following a bizarre sequence of events back in April 2015.

On April 8th, Sefolosha and his teamate, Pero Antic, were arrested outside of a New York City club on allegations that they interfered with police officers after Indiana Pacers‘ player, Chris Copeland was stabbed in an argument.  During the arrest, police officers broke the right leg of Sefolosha, causing him to miss the remainder of the 2015 season.

Sefolosha refused the bargain offered by the prosecutor, and instead let the case go to trial, where the jury found him not guilty on all charges (obstructing government administration, disorderly conduct, and resisting arrest).