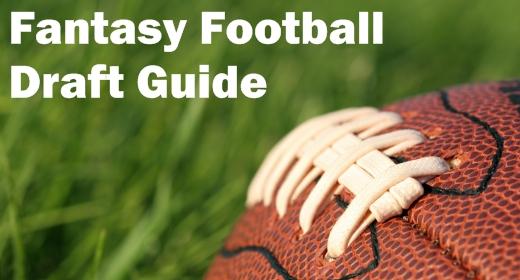 Everyone thinks that they have the best strategy for drafting an unstoppable fantasy football team.  While there is a lot of merit to what the experts say, not everyone can predict how the season will turn out.  There are always surprises, untimely injuries, and of course, the dreaded bye weeks that will have you scavenging the waiver wire week in and week out.  When preparing for your fantasy football draft, there is one important thing to keep in mind… How much more valuable is a top tier player than an above average player at every given position?

With this concept in mind, let’s run through the major positions with tips on how much importance to place on them in the draft.

How Important Are Fantasy Quarterbacks?

Depending on how your league is set up, the quarterback can be one of the highest scoring slots in your fantasy roster.  But be cautious.  Just because they score a lot of points doesn’t mean that they are the most valuable position in the draft.  In 2010, the top scoring fantasy quarterback (according to ESPN’s scoring) was Michael Vick who racked up 300 points on the season.  There were 10 other quarterbacks in the league that scored 220 points or higher, meaning you could get a QB who will score within 3-5 PPG of the league leader, and you won’t have to waste a first round pick to get them.  You will want to get a top 10 quarterback, if possible, but try to draft them as late as possible, knowing full well that the actual point difference between the best quarterback and the 10th best quarterback is just a handful of points a game.

How Important Are Fantasy Running Backs?

The running back position is essentially the most important fantasy football position you can draft.  Most leagues will allow you to play up to 3 running backs in a week (using the flex position), so it is imperative that you draft as many running backs as possible early on.  The scoring ability for running backs drops off fairly quickly, especially considering that you can play up to three of them, so these should be a priority early on.  Running backs will make or break your season, just be sure to pay attention to bye weeks. You don’t want to have to sit any more than 1 RB in a week.

How Important Are Fantasy Wide Receivers?

This is possibly one of the toughest positions to draft in your fantasy league, because they are so dependent on multiple factors.  Often times, #1 receivers are double and triple covered, which means they might not get the ball thrown to them all day long.  You can, on the other hand, have huge days with your wide receivers if you get lucky enough.  Last year, there were about 30 wide receivers that were all within about 6 PPG of each other.  What does this mean?  Well it means that if you are able to get one of the top 15 wide receivers and 2 of the top 30, you will most likely be OK.  Don’t waste a high draft pick on a WR unless there is literally nothing else available.

How Important Are Fantasy Tight Ends?

The tight end position is what I refer to as an all-or-nothing slot.  If you have a good tight end, you can get some good weekly production, but if you don’t have a top 2 or 3 TE, don’t even bother selecting one until the later rounds.  Another reason that a tight end isn’t too important to draft is that there is only one slot for them on your starting roster, and more often than not, you can find someone who is expected to perform well on the waiver wire each week.  Your loyalty to your tight end should go as far as he can run without getting tackled, and usually, that isn’t very far.

How Important Are Fantasy Kickers?

Kickers are about the only position on your roster that can lose you points on a regular basis.  Most leagues are set up so that every kick that is missed counts as negative points.  On the other hand, you can actually get extra points depending on how far away the field goal was attempted.  Be careful though, because a big leg can also mean big misses.  If you have a kicker on a team that regularly kicks 50+ yard field goals, it can be a blessing and a curse.  My best advice when picking a kicker is to get one that plays their home games in a dome.  Even the most clutch kickers have a tendency to miss more when the weather is bad or the winds are unpredictable.

How Important is a Fantasy Defense/Special Teams?

The answer to this question depends largely on how your league is setup.  I wouldn’t draft any defense higher than the 7th round, mostly because they are too volatile.  Even the best defenses can get rung up for big points, and it’s not always their fault.  Stay away from picking teams that start QB’s with a tendency to throw interceptions.  Often times they will get returned for touchdowns which will negatively affect your score, and at the very least, it gives your opponent more chances to score on you.  Defenses that bend, but don’t break are more valuable than teams that produce large amounts of turnovers.  You lose more points by allowing the other team to score than you gain by forcing turnovers (in most cases).

How Should I Draft This Year?

Like I said earlier, I draft based on position, not name.  When a particular draft slot comes up, I look for the best available player at that position and go with it.  I refuse to have my entire draft strategy blown up because someone else took the specific player you wanted.  With that in mind, here’s how I usually draft rounds 1-10.

Be sure to check out our top rated fantasy football players for 2011 at every position.